Over the weekend we finally had some decent weather! Nancy and I decided that we should head to one of Oshie’s favorite places…the beach. We hadn’t been since earlier this summer and we knew he would really enjoy it. A little before 9AM packed the SUV and headed out. After a short pit stop for some coffee we arrived at the beach. Thankfully other than a handful of people fishing we had the beach to ourselves. This meant that Oshie could roam free and we wouldn’t have to worry about him running up to random people (apparently even a happy friendly Golden is scary when he comes barreling at you). It didn’t take long before he was rolling in the sand turning himself into a Golden Churro. He had a blast and thoroughly exhausted himself. Once we got him home we gave him a bath in the driveway to get all the sand out of his fur and there was a lot of it. A half hour of drying a brushing later and he was ready to crash for the rest of the day. 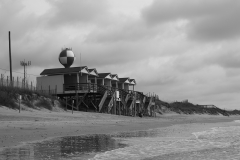 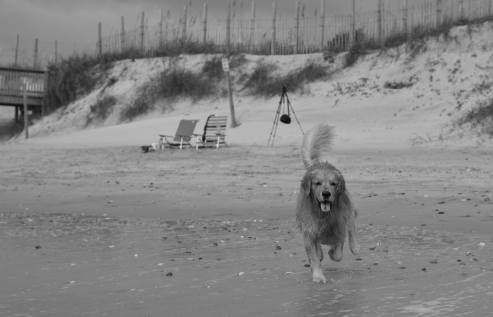 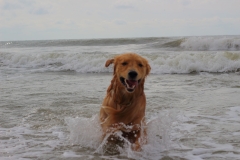 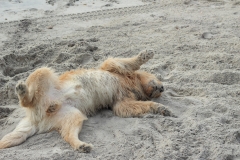