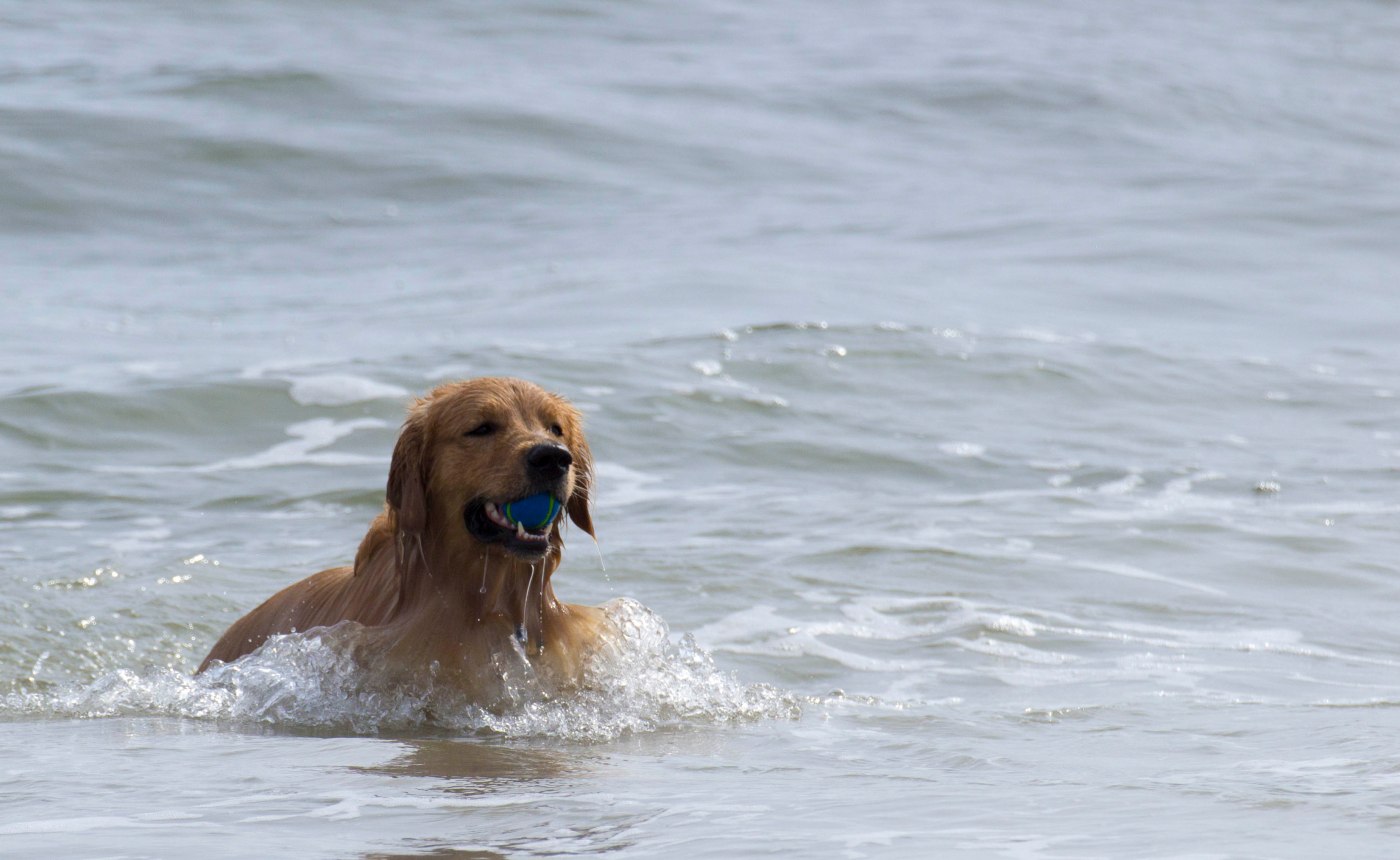 This past weekend Nancy, Oshie and I went to the beach for an afternoon of fun with friends. In reality the trip was an opportunity for Oshie and his new best dog friend Lucy (a lab/ridgeback mix) to wear themselves out. A few weeks back they met for the first time and although the first meeting was a little tense they quickly became best friends. I equate this to their personalities being very similar. Lucy belongs to our friends Steve and Sarah so getting the dogs together is also a great way to spend some time with them and their two little boys.

The trip to the beach was also a great chance for me to use my new Tamron lens. I have wanted to buy a telephoto lens for a while now and I finally pulled the trigger and bought the Tamron 70-300 4-5.6 SP DI VC USD lens. As much as I would like to have a faster lens with a fixed aperture this one has been great so far especially for the money. I bought it used from KEH Camera and I recommend anyone looking for used gear check them out.

On to the pictures of Lucy and Oshie at the beach!

Diving in after the ball! He really doesn’t like the waves though.

Engage panic mode, must get back to dry land.

Such a gentleman, he lets Lucy get the ball.

Lucy! She wasn’t excited about going in the water at first but eventually she made Oshie look like a wuss as he waited for her to get the ball and avoided the big waves.

They couldn’t figure out how to pick up the Frisbee so decided to wrestle instead. 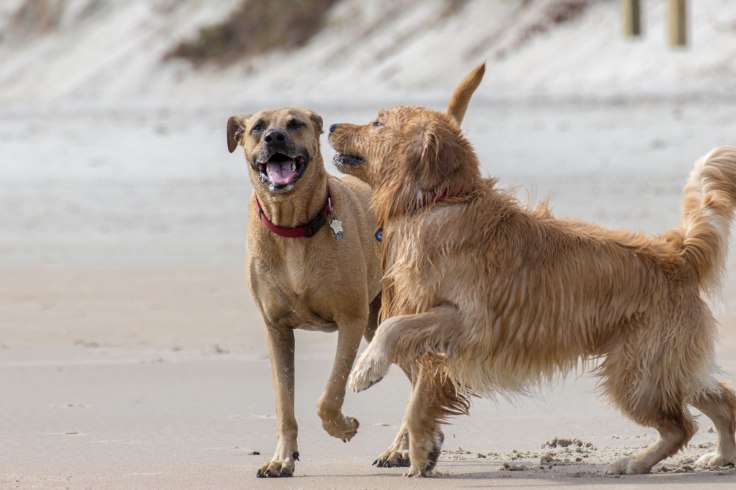 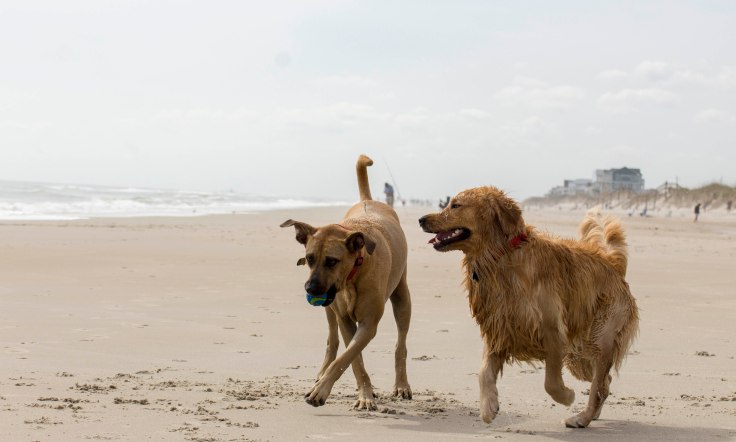 Trotting along the beach likely staring at some random people. He is such a people watcher.

He look so skinny when his fur is wet.

As always, thank you for stopping by!

I Am Getting A Bath Anyway…Right?

Oshie performing one of his favorite tricks at the beach yesterday. I call him the Golden Churro. There will be sand around the house for the next day or two now, even after bathing him.

I can only imagine what is going through his head in this photo.

I will have another post up soon. Oshie had a blast at the beach this weekend and has a new best friend so there are plenty of new pictures to share. He was so exhausted from playing yesterday that he wouldn’t even move this morning. Normally when we get up he is right there following you to the shower but today he decided it was wiser to continue sleeping.

This Air Is So Gooood! 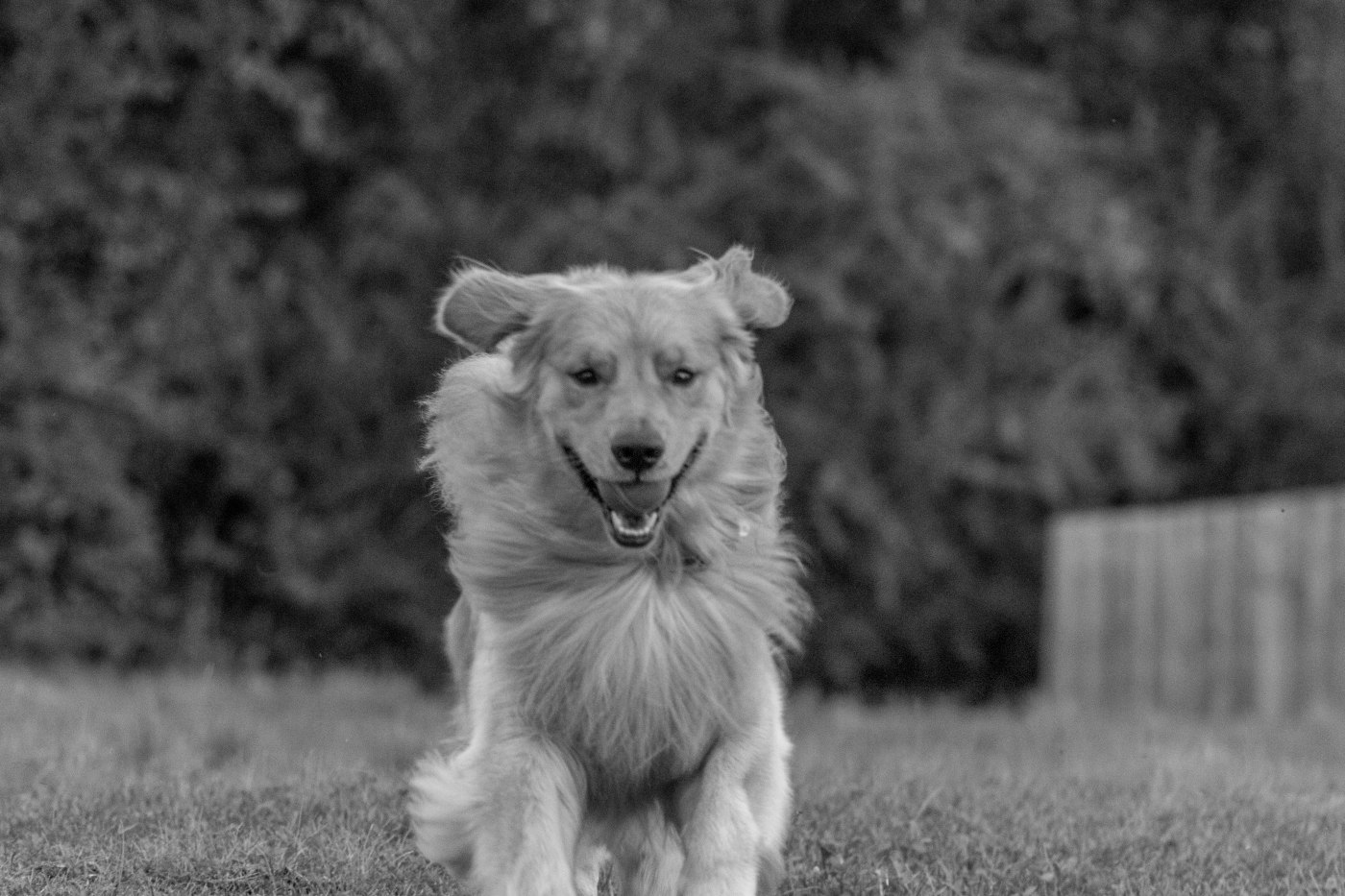 Just a few new shots of Oshie wandering around the backyard.

It has been a while since I have posted one of Oshie’s strange faces. Luckily I have a new shot that is as Oshie as it gets.

Oshie and two of his siblings. This was the first time we visited the farm to pick which puppy we would be bringing home a week later.

Here is a quick video of Oshie around Christmas of last year. He does this thing where if he has a toy in his mouth (particularly a squeaky ball) he will growl and then squeak it if you touch it or him. I know my video skills are not the best but I am making a conscious effort to not shoot vertically from now on (since I am actually posting for people to see).

I know you are all worried that this vicious Golden is angry that I am touching his ball, but I assure you he was only playing ha-ha.

We are so excited that hockey season has started. Oshie may not look overly excited, in fact he may even be sleeping. I am going to go with he just passed out from being so excited.

Halloween is just around the corner and our furry little friends deserve to partake in the fun. Check out these safety tips I found on the blog Puppy Love Walks.

A family of Chocolate Labrador breeders and lovers.